Jamon Butler is our 19-year Phoenix participant born and raised in the Alice Griffith Double Rock. He is currently participating in the Phoenix Project meeting with his Life Coach Malik Seneferu. After completing his individual mobility roadmap (IMR), Jamon identified his goals and is working towards finishing school and maintaining his job with Local 261 as a flagger.
Recently Jamon lost a close friend who was initially paralyzed for about 8 months. Jamon had trouble overcoming this loss but persevered by focusing on his future. He had become exhausted with constantly being incarcerated so he decided to get into the union and get back to work. Since getting into Local 261 he has been much more upbeat, seeking a new beginning. He is currently in the process of enrolling into school to further his education. He has a desire to defy the odds against him. His father has been serving a life sentence since he was 10 and his older brother has been in and out of custody for the last few years.
Jamon has had to step up and be responsible for his family at a very young age, stepping up his efforts to support his mom and help out with his younger sisters. Despite the pressure this has put on him he is determined to be his own man and define his own destiny. He still struggles with his anger but he has a new found appreciation for his own life and for his future which his coach motivates him to realize during their meetings. 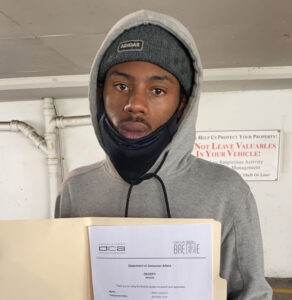 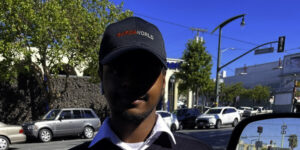 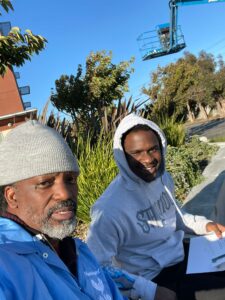